How Game Design factored into the World Building of Necropolis PD

March 20, 2019
With the release of my debut novel Necropolis PD only a few weeks away, I thought I’d talk about the processes that brought the book to life, or at least some of the influences that played a hand in its creation. The first topic I’ll discuss is how my experience in game design factored into the creation of the world of Necropolis PD.

I’ve been designing games professionally for over 20 years. I’ve helped make computer games, console games, first-person shooters, platformers, massively-multiplayer online games, role-playing games and more. When designing a world for a game, it’s important to keep in mind that as the designer, I am responsible for defining all the rules of the world. As the designer, I am teaching the player how they can interact with the environment. If I want them to jump, I have to show them how high and how far they can jump, if they can double-jump, if they can grab onto ledges and pull themselves up. This has to be consistent from level-to-level, I can’t suddenly change the distance they can jump in the level without a good explanation. If the game allows the character to swim, there needs to be clearly defined parameters for how fast the character can swim, if they get tired, how long they can hold their breath. Even walking and running is something that needs to be defined so that the player can understand the limitations of their interaction with the environment. 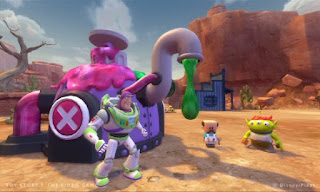 Another important decision is how to introduce each of the game mechanics to the player so they have time to learn and process all the information. Dumping every possible gameplay option on the player at the same time is overwhelming. Hitting the player with walls of text describing every aspect of every mechanic is confusing. It’s better to dole them out individually and allow the player to learn each, one at a time, before moving on to the next. And even when introducing a new gameplay mechanic to a player, it’s more engaging to show them its use rather than simply explaining it. 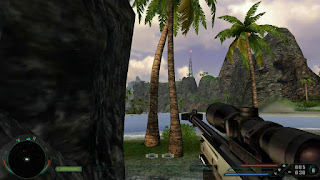 The Boat Level from Far Cry

These are considerations I make when designing games. How does this apply to writing a story?

As I began constructing the world of Necropolis PD, I had to understand the limits of everything I was introducing to the story. There are vampires, ghosts, revenants, all kinds of undead. What are their abilities, their weaknesses? What are their wants and desires? Why are some stronger than others? Why do they do what they do? This place they call home, where is it? What are the rules? Is there magic? If there is, how does that work? Are there monsters, or things that had never at any point called themselves human? What happens when I throw an ordinary person into the mix? I need to know these things, and I have to stick to them once I define them. I can’t make a rule and then change it later simply to make a particular scene work, I need to follow my own rules.

In the same way I introduce new gameplay mechanics in a game, I don’t want to simply drop a huge info dump in my story to try and explain everything. That’s boring. I need to show how things work in order for the reader to understand the limits and dangers of everything. If every undead creature in Necropolis PD is an unstoppable killing machine that can’t be harmed, a mortal has no chance against them. If there is a magic spell that solves every problem, there is no real danger or complication that can’t be overcome.

That was the big challenge I faced in writing the story of Necropolis PD: defining the rules of the setting and then figuring out how to properly introduce everything to the reader. The world I’m creating is unfamiliar and strange, how do I make it understandable and relatable? One of the big ways I chose to introduce this all to the reader was through my main protagonist, Jacob Green. Using him as the point-of-view character limits the amount of information relayed to the reader. Since the book is told through a first-person narrative, the reader doesn’t know any more than the main character, and he is learning as he goes.

I can’t go into too many specifics without spoiling some of the twists and turns the story takes. Rest assured, even if Jacob doesn’t always know what’s going on in the weird world around him, I have built the story, characters and world around him in the same way I build the game worlds I’ve been creating for decades.

Huy HOÀNG said…
Great set of tips from the master himself. Excellent ideas. Thanks for reading! Awesome tips: Keep it up!