Communication in Game Design: Your 3 Audiences

March 29, 2018
One of a game designer’s most important jobs is to communicate the design of a game to their audience. That sounds pretty clear, right? But we need to clarify a few things about that statement.


I’m going to focus on that last question first. Who is your audience? Identifying your audience will help you to craft your methods of communication. As a designer, you have three main audiences. Each has different needs and expectations, and you have to communicate with each group differently.

Your three main audiences are:


In this post, I’m going to focus on that first audience, your Publisher.


Group 1: Communicating with Your Publisher

This is a huge topic that could span several posts, and I may revisit this at a later time to go into more detail on various publishing models. There are multiple publisher-developer relationships and each requires different considerations. Typically, the publisher is the group that is spending the money to fund development of the game and will be responsible to distribute the game. As a game designer, your job is to help them understand what they are spending their money on.

There are different kinds of publisher-developer relationships:
Regardless of the relationship, when you communicate with the publisher, they need to be able to understand:

An Example of a Successful Pitch 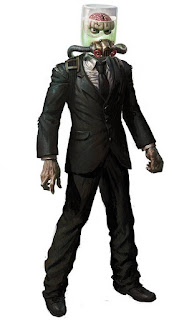 Dead Head Fred is an example of a successful pitch. You can read the details of the game’s development over on Wikipedia. While I worked at Vicious Cycle, we put together a pitch document that was compelling enough for D3 Publisher to pick up the idea and fund it. The team at Vicious Cycle did a great job creating the game and the writers won the very first Writers Guild of America award for video game writing.

The initial pitch did everything we needed it to do. It was an original concept that had a clever hook. It had a fun story and a unique gameplay mechanic. The publisher could visualize what the game would look like, what kind of game it would be, and they understood its scope. Based on the strength of the pitch, they flew out to do their due diligence on the studio and saw Vicious Cycle’s Vicious Engine in action, saw that the studio had the ability to deliver on the promises made in the pitch. The pitch, the strength of the tools and engine we were using, the experience of the team, it all worked to land the project. And in the end produce a great game.

Do You Need to do a Demo?

Sometimes, when you do a pitch, the developers will put together a demo, a working sample of the game.

Is this a good idea? It can be.

Is this necessary? Possibly.

If you are going to create a demo, then it needs to be good. If it’s sloppy or buggy, it will kill the pitch. Because all the publisher will see is you can’t make a polished product, it doesn’t matter if it was slammed together at the last minute or you only had a couple of days to put it together. You are better off not doing a demo than doing a bad demo. If done correctly though, it will go a long ways to sealing the deal.


What Not to Communicate to the Publisher

When you’re pitching a game to the publisher, you don’t need to get bogged down in the intricate details of the design. Typically, especially early on, you are communicating the high level of the design. There will be a time for the spreadsheets, the numbers, the story and world lore, the technical details needed to develop the game. But I’ve seen pitches fail because the wrong information was communicated in the wrong way. You don’t need to submit your 50 page story breakdown at the pitch stage. You don’t need the technical specs of how the physics engine will handle all aspects of gameplay. You will need this information, of course, but that is more appropriately aimed at your development team.

In my next post I'll discuss communicating with the designer's second audience: the Development Team.